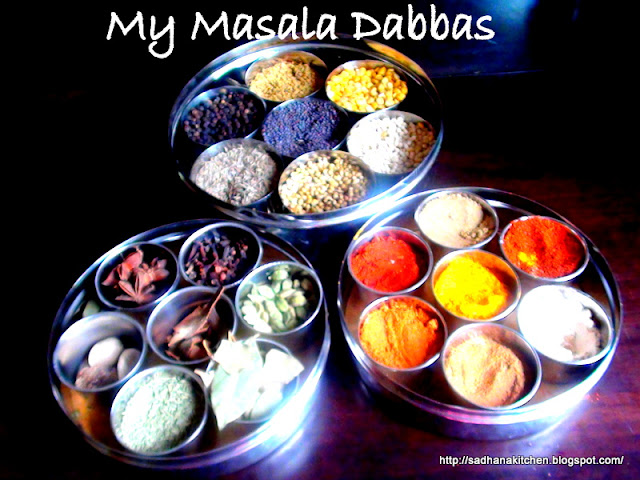 Spices are an integral part of the Indian kitchen and each one adds punch and flavor to the pantry. A stunning Indian spice box, also known as a “Anjarai Petti / Masala Dabba”. The masala box is a popular spice storage container widely used in Indian kitchens. A round stainless steel tin with a tight-fitting solid or glass lid, a masala dabba typically holds seven or more smaller canisters that house an array of spices that often flavor an Indian meal. I think the beauty of the masala dabba is that you can customize it to your own cooking preferences. It’s really a matter of personal taste. You can include whatever works for you. In India, masala dabbas are traditionally passed down from mother to daughter when the daughter marries and begins a new life in her husband’s home. I am using masala dabba since beginning of my cooking journey.

I have Three masala dabbas. For my Wedding, my mom gave one Anjarai Petti as Kalyana Seer(Wedding Gift) . It is very old now. Other two boxes, I bought it from Cost Plus /World Market shop. I recommend buying it from India if possible. Because it is much cheaper. 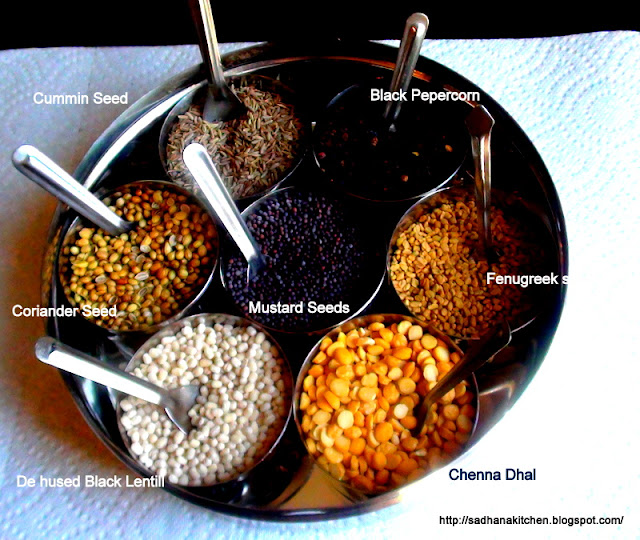 The following spices are in my  Tadka  (Tempering)  Masala Box photographed above: 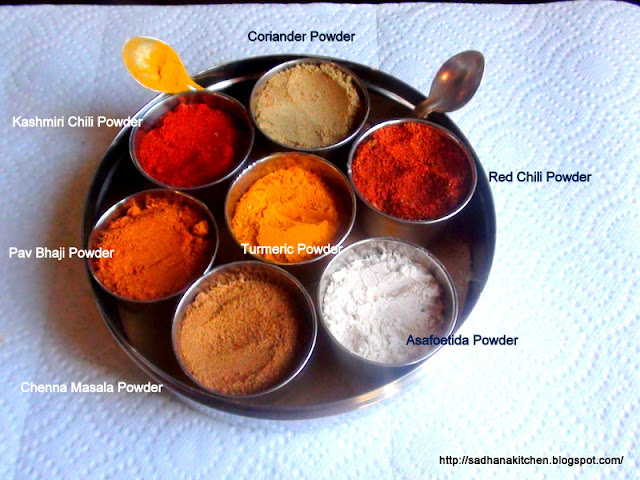 The following spices are in my Spice Powder Masala Box photographed above: 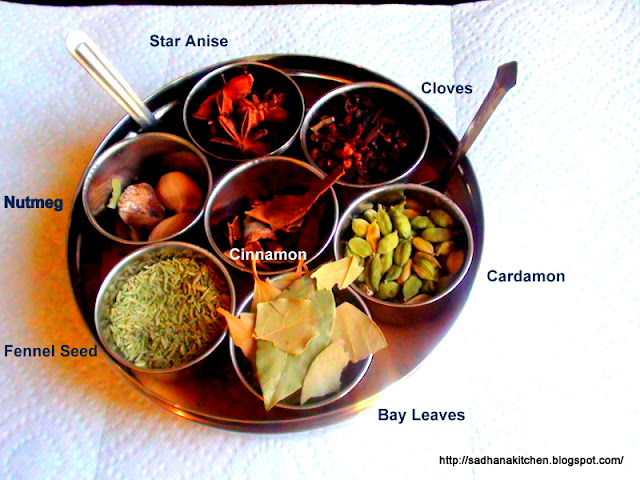 The following spices are in my Whole Spices Masala Box photographed above:

Tip:
Clean the Masala Dabba  once in two months and dry them in sunlight.

What is in your Masala Box?

Posted by Sadhana Padmanabhan at August 11, 2016

Thanks for Reading My Blog